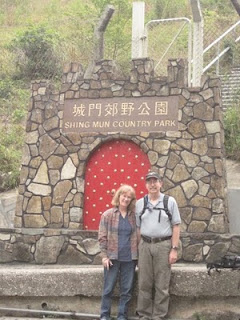 On Tuesday I went on a hike with my parents on the Mysterious Monkey Mountain, also known as Shing Mun Country Park. It was a the perfect day for a hike! It was cool and a little breezy, but not cold. Simply splendid.

It took us a long time to even get there. We left our house at eleven and took a bus to the MTR station. We then took one MTR, switched to another MTR, rode for twenty minutes, got off, and then wandered around until we found the right minibus stop. The line for the minibus was HUGE! Apparently a popular cemetery for grave-sweeping was in the same direction. We had to wait until the FIFTH minibus, and they seat sixteen people. Mom and I were betting which minibus we'd get on, and I won, so tonight Mom and Dad bought me ice cream. 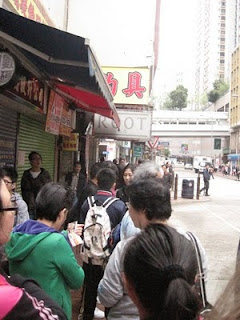 I guess the picture doesn't do it justice, but this was the super long line.

We finally made it to the park and got started. We first walked by a reservoir that had lots of picnic/BBQ around it. We had bought a lunch at our neighborhood bakery and ate it on a bench by the reservoir. 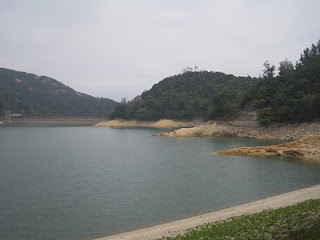 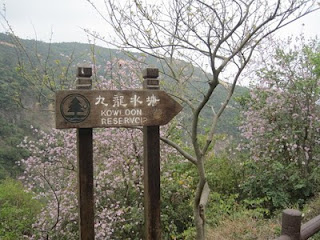 There are so many monkeys in the park! The signs say not to feed them, but it seems like a lot of people ignore that warning. I have mixed feelings about monkeys. They are really cute, but at the same time they can also be a little scary. They're deceptively strong! And when there's a whole gang of monkeys blocking your trail, they can be a bit intimidating. Especially when we passed one monkey whose face looked kind of like Harvey Dent's from Batman. It wasn't quite as bad as Harvey's, but it was still scary. His eye was ok, but his whole mouth had rotted away on one side, and he had a huge growth on his butt. I had to pass really close to him to continue on the trail, and I kind of scurried around him. Poor, creepy monkey. 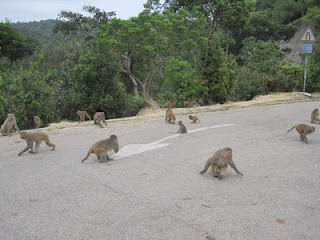 A plethora of monkeys (shoutout to Mrs. Carochi for teaching me that word) 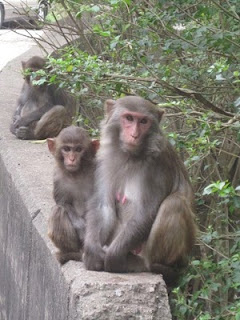 It was a nice hike! We were pretty tired at the end. When we got home we just plopped onto the couch and watched the Brother's Bloom (hence the last post). I did end up washing my (and Mom's) Chacos. I had stepped in a nice big monkey plop. It's just as well, I suppose. They needed a bath anyway. I love Chacos. 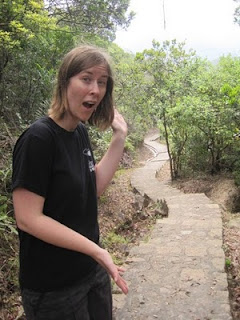 Apparently this well-paved trail is only for "experienced hikers." Hmmm. 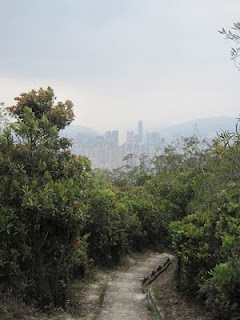 Even in the wild you can't get away from the city. 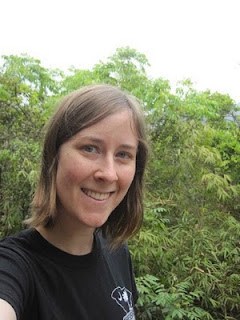