Well, I'm back from Taiwan, so I should be posting pictures from my trip, but I realized that I haven't even posted any from Amelia's visit! I probably should do those ones first.

These pictures are from one of my favorite outings EVER! Yes, I know, that's saying a lot. But it was a thoroughly enjoyable day! We took a bus to Central to meet up with Lillian and then took the MTR way out to where we could get a bus to Tai O. Yeah, it took awhile. But it was worth it when we finally got there. 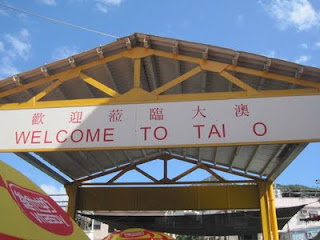 It was a gorgeous, blue-sky day. A little warm, but the breeze fought off the heat nicely. When we first arrived in Tai O, it was about one o'clock. We were thinking of getting lunch when an old lady ran up to us, asking us if we were here to see the pink dolphins. We told her yes, but we were going to get some lunch first. "No, no." She shook her head firmly. "It's high tide. Good time to see dolphins. Go now, eat later." We decided not to argue, so she successfully sold five pink tickets and ushered us over to a waiting area. We enjoyed watching the boats, the people, and the dog who happened to be taking a dip (the dog, not the boats or people). 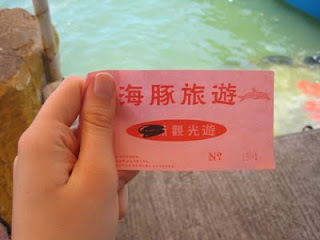 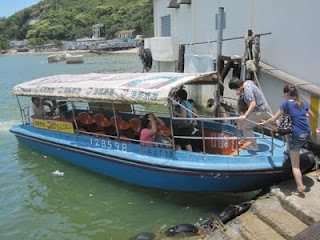 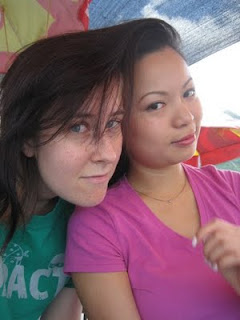 While we were waiting we decided I should dye my hair.

Finally, the boat returned, and we clambered aboard. First it took us on a tour of the village. Most of the houses in Tai O are stilt-houses built on the water. Kind of like Venice...kind of. Both have buildings on the water but the resemblance stops there. If I lived in such a village, I could just dive off the edge of my porch into the water for a swim whenever I wanted! I could get used to that. I like stilt houses. 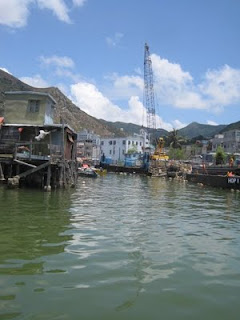 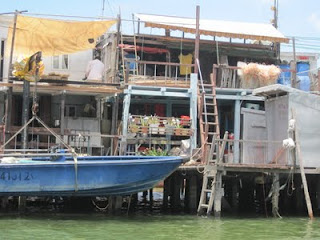 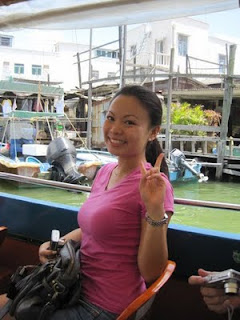 After our brief tour, the boat looped back to take out into open waters. Man, with the boat going so quickly, it was REALLY windy! I wondered for a moment whether my contacts were rippling. The mountains in the distance were nice, and we took lots of pictures. Then, the motor started dying down. and we dropped to a crawl. We were in dolphin territory. 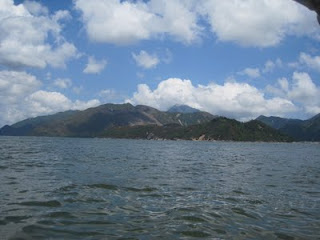 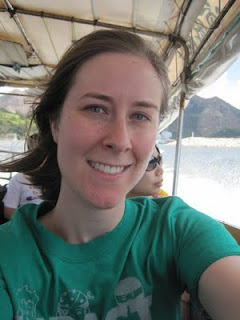 We strained our eyes, scanning the surface of the water for a glimpse of a pink dorsal fin or bottle nose. Then, there! We saw them breaking the surface, jumping, splashing. Pink dolphins! Well, technically there was one pink one, one gray one, and one gray and pink one, but who's keeping track? We were excited to see the legend in the flesh.

Of course, I had to wonder what made them pink. Someone had told me that they were a special breed. Someone else told me it was because of the pollution. Another lady swore that they were robots because they weren't there, but then their boat driver made a call and they just appeared. Obviously he was sending out a signal to call them. I was wondering if they painted them. I mean, they do make a fair amount of money from the tourist industry. Who would go and see gray dolphins? Seriously. If you can paint white roses red, then you can certainly paint gray dolphins pink.

We took several pictures, none of which turned out (feel free to disbelieve the existence of said pink dolphins), and the boat swung around and sailed back to shore. After that we went to a local museum and wandered around the town, taking pictures. 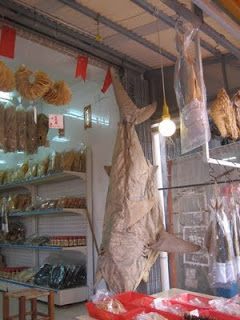 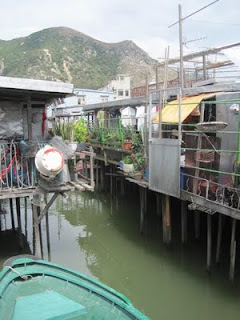 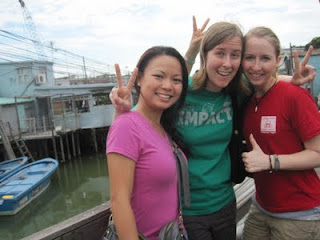 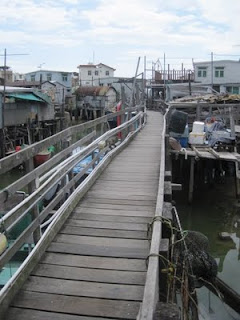 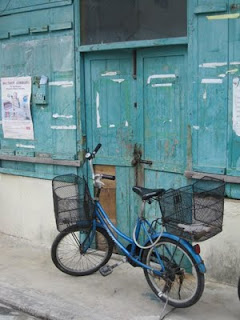 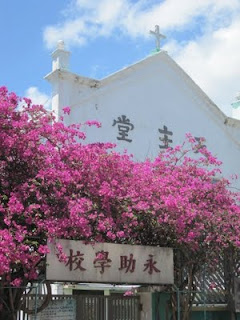 We stopped for dinner in an air-conditioned restaurant. Yes! The food was cheap, good, and came in big portions, so we were happy. After lunch, we went to another restaurant to enjoy some tofu pudding with orange sugar. A delicious ending to a fun day. 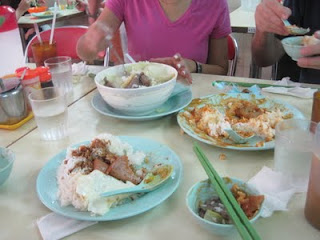 I forgot to take a picture before we started... 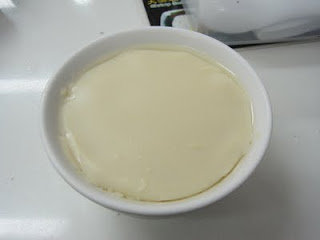 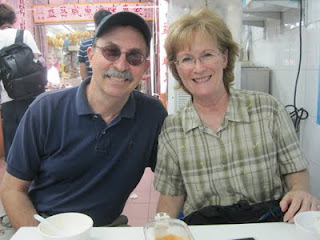 Although it wasn't quite over at that point. On the bus ride back, I kept my eyes peeled for buffaloes. Lantua Island is known for their wild buffaloes that roam the island, and I really wanted to see some. Whilst my family and friend dozed, I saw two whole buffaloes! Of course, I didn't get a very good shot of them, but I never claimed to be a wildlife photographer. Then I was truly content. Buffaloes and dolphins. Sigh. 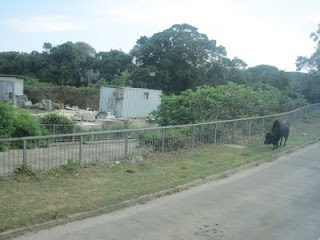 The elusive buffalo!
Posted by Lolai at 10:28 PM No comments: 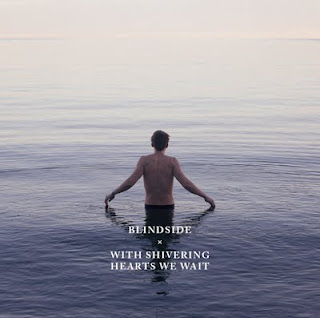 Are you still reading? Don't say I didn't warn you with the title.

But if you are still here, then....I GOT MY BLINDSIDE PACKAGE IN THE MAIL!

I'm so happy and excited. Of course, I've been listening to the cd for a long time, since I downloaded it at its underground release. I've already bombarded you with songs, so I won't even give you one this time.

Now I have the hardcopy of the cd, a newsletter thing explaining what they've been up to in the past few years, artwork to go with each song, and a documentary DVD. I'm happy.

Also, their US tour was announced, and it's going to be in September! I want to go so bad...
Posted by Lolai at 10:41 PM No comments:

I meant to do another post before I left. I mean a real post, with pictures and cool writing and stuff. Now I'm so tired that I can barely think straight and I still have to finish packing and take a shower before bed. AND I have to get up before six! Yuck!

Anyway, this isn't a real post, but I thought I'd let you guys know that I'm going MIA for awhile so that I can go to Taiwan! I'm so excited. I'm going to visit one of my college friends, which should be fun times! I hope I don't forget anything.

Well, I'll tell you all about it when I get back. Til then, don't forget to floss.
Posted by Lolai at 12:58 AM No comments: