I've taken a brief, holiday hiatus from blogging, and now I'm back!
I definitely missed a lot of stuff about US Christmases. I never really got into the holiday spirit. I think it was because a lot of holiday traditions were missing. I didn't drink any eggnog, no snow, we didn't really carol much, hardly any decorations at home,no snow, no myriad of Christmas cookies, no Christmas crafts like snowflake angels, and no snow.
Although I things were very different and I only had two days off for Christmas and one for New Year's, I still had a pretty great time. So in this post hopefully I'll give you a better idea of what Christmas (and New Years) in Hong Kong looks like. Definitely different than in Canon City or Siloam Springs. So be prepared for a plethora of pictures! 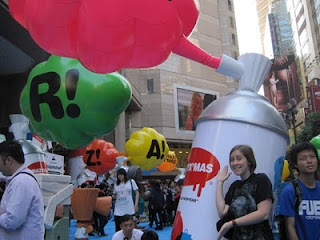 Nothing says Christmas more than a giant spraypaint can. 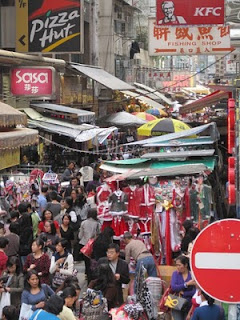 A market where I could have bought a Santa suit. 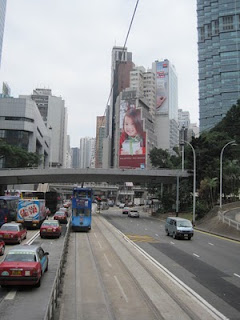 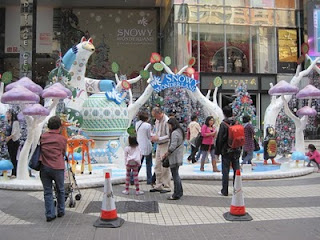 As Lillian says, Hong Kong people love to put up large plastic things and take pictures with them. And I would never be guilty of that....
On Christmas Eve, I went to a Christmas Eve service and then hung out with two friends afterwards. We went to dinner, walked around Causeway Bay (it was WAY crowded), and then went to Times Square for a very anticlimatic countdown. 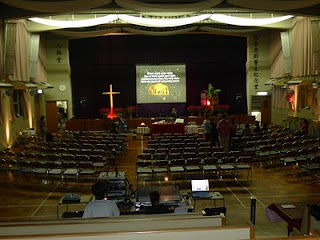 Our church, in a school. 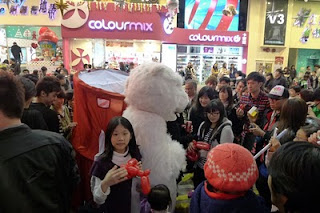 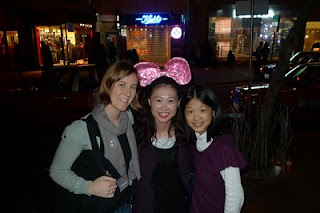 At Times Square. Fun times.
Christmas Day was pretty quiet. I got a bit sick in the morning (and it lasted most of the week) so Dad cooked up the bacon, eggs, and pancakes for our special breakfast. It was quite delicious. I ate a lot of bacon. I just slept and watched tv while Dad went on an afternoon hike. That night we watched The Nightmare Before Christmas.
The next day, Lillian joined me for the day. We made gingerbread cookies together, watched Youtube videos, and made me into a human optical illusion with makeup. 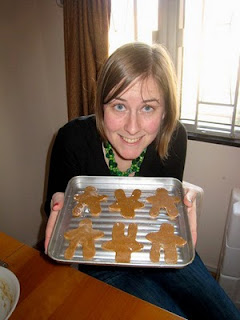 The only pan we had was wavy on the bottom. 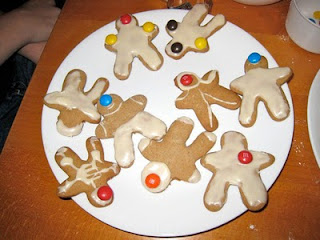 The final product! We named them all. They're our little Cyclops family.
The next day, Dad and I went on a hike on Lamma Island. It was a beautiful day. The air was a smidge chilly, but when the sun was out it felt wonderful. 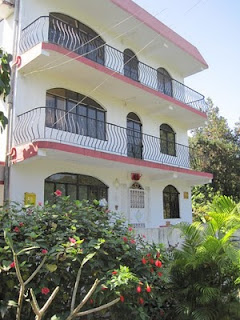 We walked past this sweet house. 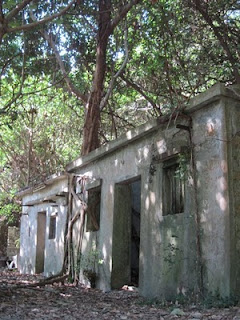 This house is sweet too, but for a whole other reason. Do you see that? That's a TREE growing up the house! 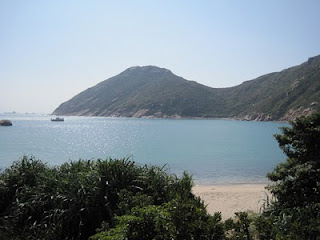 The turtle bay where we ate lunch. In season, turtles lay eggs here! 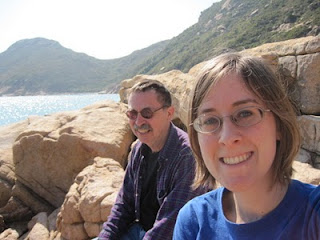 Lunch time! Hooray!
And finally, New Year's Eve! I had to work that day, but I got off at five. I met up with Josh and Lillian for dinner and then went to a party at some church people's house later that night. 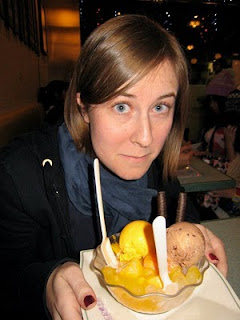 Me and my awesome dessert. It's called Summer. 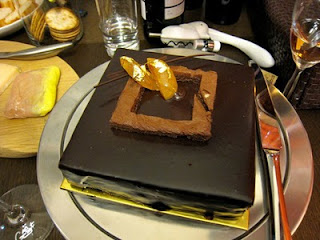 This delectable chocolate cake had gold flakes on it! Even the cake blings. 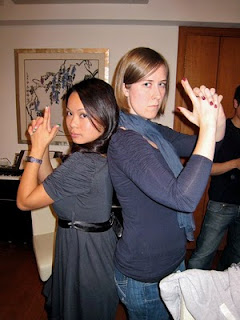 Yes we are. And notice that we're sleeve twins
Anyway, that was what my holidays looked like. I could have shown you a LOT more pictures, but I'd better sign off now and leave it at that. Happy belated New Year!
Posted by Lolai at 12:31 AM