I got picked up in Seattle by Nathan and some of his friends.  They spent some time wandering around Seattle, and then we dropped two of them off at the airport to fly home.  Their part of the roadtrip was over.  Nathan, his friend Tim, and I went to Nathan's college roommate's house that night.  The next morning after coffee and breakfast, we were off. 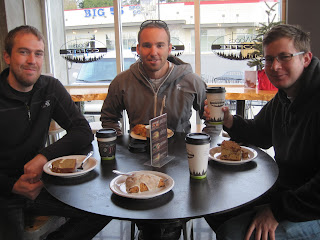 Breakfast with our host before heading out 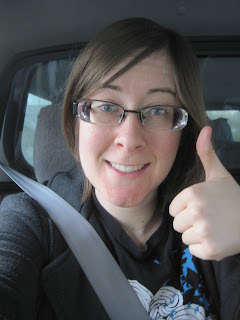 Happy to get started

We spent quite awhile at the Canadian border talking to their security agents.  There was a friendly-looking one with a mustache and then a tall, grumpy-looking one.  Can you guess which one we got?  Yes, the grumpy one.  He questioned us for quite awhile and informed my brother tersely that he would be sent to jail and then deported and never allowed back into Canada if he was carrying any guns over the border.  After emptying the contents of our car and going through them, they were satisfied that we weren't arms smugglers and let us go.  I suppose we should be grateful that they at least put our stuff back.

Our first destination was Fort George, one of the largest (in a matter of speaking) towns before heading out into the wilderness.  We stopped were going to get a block heater installed that night before things got really cold, but the mechanic found a leaking water pump.  We had to spend an extra day there waiting for that to be fixed.  I wandered around the town a bit.  I had fun at the local natural history museum, a chocolate cafe, and the local library.  While at the library I read John Goff's book "Love Does."  I'm a big fan and would recommend it to everyone! 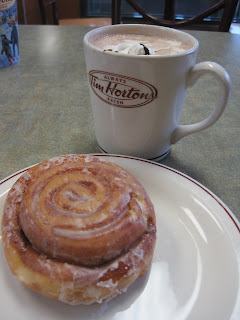 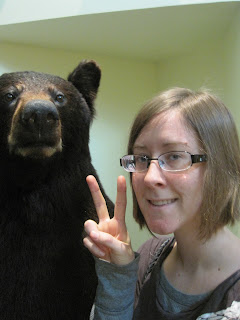 1. Trying to fit in with the Canucks by having breakfast at Tim Hortons.
2. Making friends at the Fort George museum.


The next morning we hit the road again with our smancy new heater.  We were definitely going to use it.  The timeline is a little hazy (five days in the car will do that to you) but at some point we made it into the Yukon and from there made it into Alaska.  It was pretty chilly but gorgeous.  High up the trees come pre-flocked! 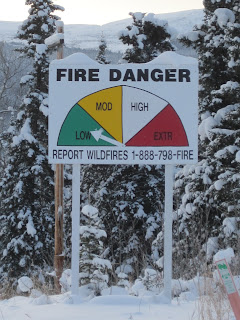 One night, in Tok Alaska, it was -45F!  Even with a new heater, the floor never heated up.  I had to keep my feet off the floor of the truck or they would freeze.  The air felt really strange to breath as well, kind of ticklish and dry. 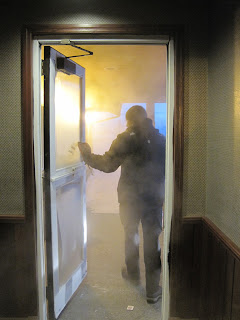 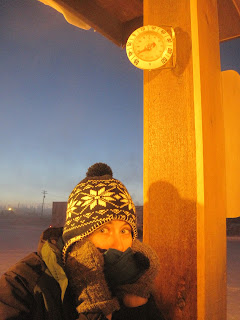 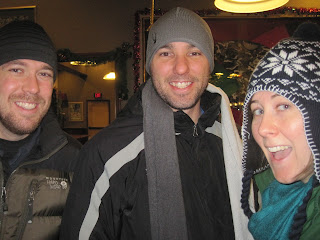 The next day after our frigid night, we drove our last leg into Anchorage.  The way was beautiful, and I was so happy to be in my new home!