Wednesday night was the Mid-Autumn Festival. Although the festival is on Wednesday, Thursday is the day off work so everyone can recover from the night before. During the holiday you're supposed to eat moon cakes (just google them; they're too hard to explain) carry a lantern around. Also, Wednesday is supposed to be the moon-watching time.
Well, Wednesday night I went over to Victoria Park at about 10:30 to see the festivities. They had all sorts of huge lantern displays, as well as some singers and a fiery dragon dance. There were a lot of people there, and most of the Chinese people were carrying hand-held lanterns. Most were made out of paper with varying degrees of elaborateness, and some of the little kids had plastic cartoon character lanterns. I even saw a Stitch lantern.
Here's some of the pictures I took. I love my new camera! 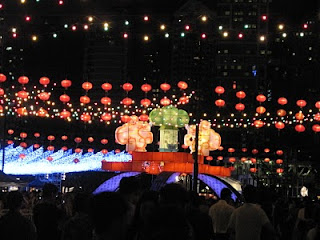 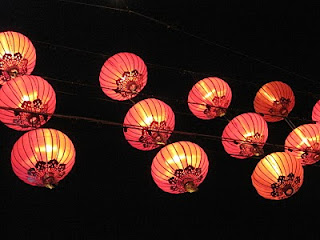 I love these hanging lanterns. 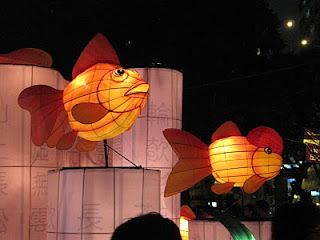 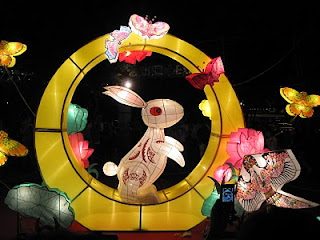 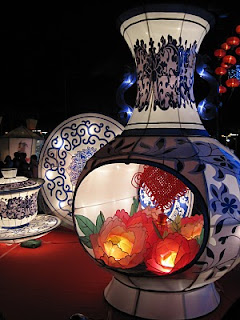 I thought these were pretty awesome. And remember, they were all bigger than me. 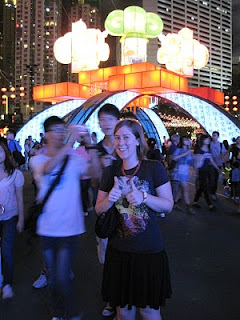 I got a random person to take my picture. 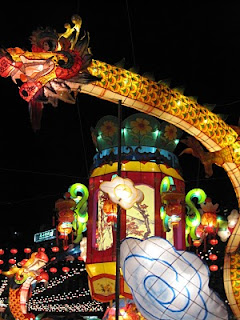 This was pretty elaborate and awesome.
Anyway, it was fun times. Although I've probably had enough mooncakes to last me for a couple of months.
Posted by Lolai at 9:47 AM