I've always enjoyed July 4th.  I love the swimming, the outdoor games, the watermelon, the grilling, the fireworks.  And of course having the day off is always nice.  I've had a few memorable celebrations in my life.

One year I was working at my city's public pool (I was a cashier, not a life-guard, for the curious).  Every July 4th was a free day, so it was madness.  Kids were running everywhere, cannon-balling into the water, screaming at each other, wolfing down dripping popsicles.  We had vats of rubber ducks to give out as prizes for the water games lifeguards were trying to run.  I manned the door with a marker, only letting people in when others vacated the area.  It was as close to a bouncer as I've ever gotten.

Another year I was working as a camp counselor.  We had taken all the kids into the little nearby mountain town for the festivities.  There was a lot of hacky-sack and arm-wrestling going on.  I was a bit envious of the non-counselor staff-members.  They were able to join the townspeople in dancing while those of us shepherding herds of kids were relegated to a field.  Still, while lying in the grass with dozens fo teens watching fireworks light up the black sky, I was happy.

Now that I'm in Hong Kong, I feel like I like July 4th even more.  It's not as easy to celebrate.  I still have to go to work, there's no fireworks, and most people don't even know about it.  So take it on myself to celebrate.

Although I had to work on Friday, July 4th, I decided to dress properly for the occasion.  I had already told my students and coworkers that I'd be wearing red, white and blue, but when I surveyed my closet the night before I realized that I didn't actually have anything to wear!  I dashed down to Maple (a cheap clothing chain) to find a blue and white scarf and then to Bonjour to pick up some appropriately-colored nail polish.  American-attire acquired. 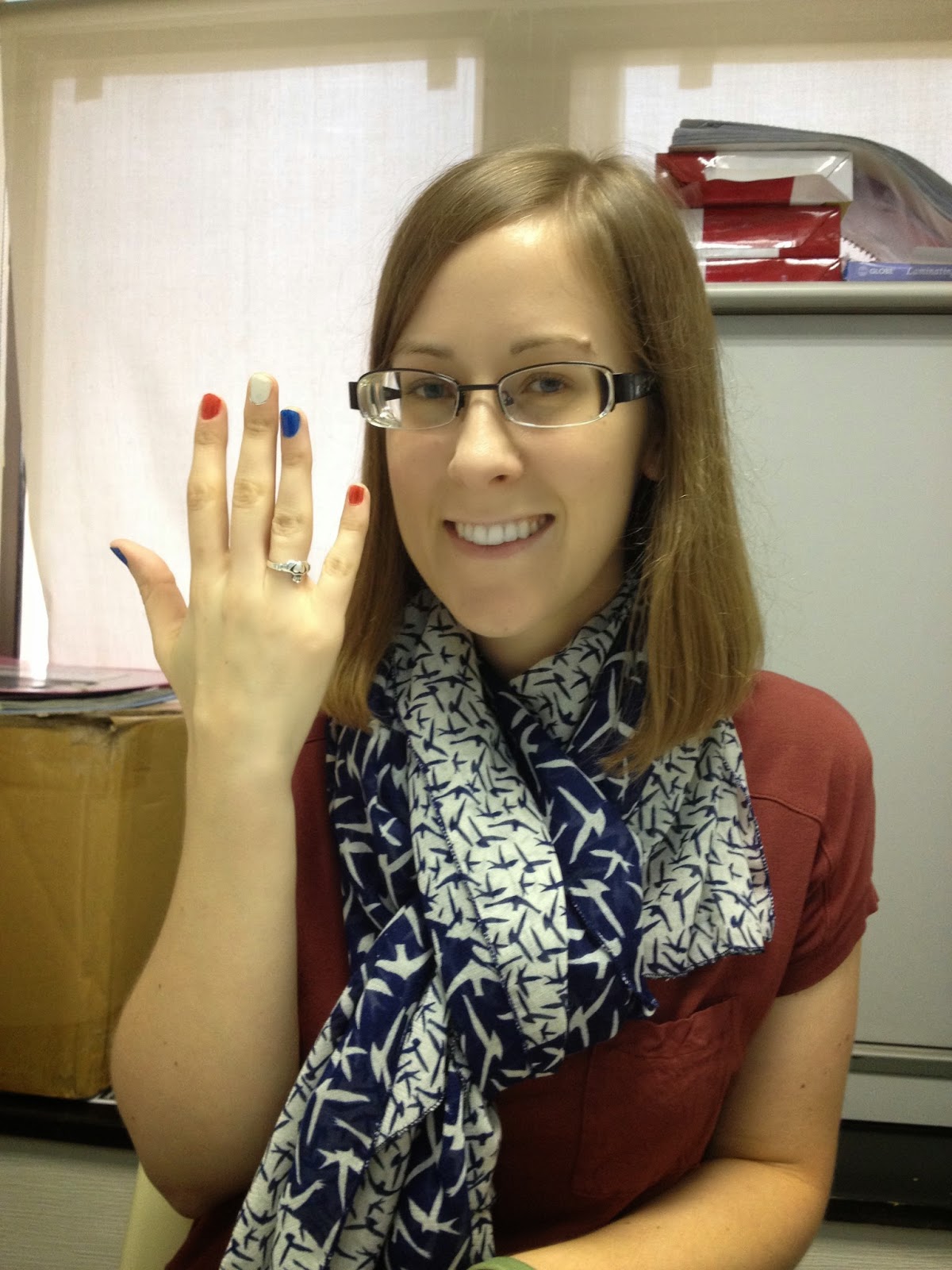 On the day of the 4th, I went around all day practicing my newest phrase: Mei5 Gwok3 dok6 laap6 yut6 faai3 lok6!  Happy American Independence Day!  Now most people didn't quite get that one.  Several friends told me I should say Mei5 Gwok3 gok6 heng3 (America's National Day) instead, but I wanted to say it exactly.  So I compromised by first saying Independence Day, and when they looked confused I would explain that it was our national day.  Seriously, I was practicing it all day.  Of course I said it to all my coworkers.  I said it to my security guards.  I said it to my friends.  I said it to the guy who works at the hardware store on my way to work.  I said it to the lady handing out flyers.  I think everyone who saw me that day should know what day it is.  And I definitely won't be forgetting that phrase anytime soon.

After work, I headed over to a friends to prepare a celebratory dinner.  We figured that breakfast-for-dinner would be a good choice.  He did most of the cooking while I chopped things.  When our other friends arrived, we ate and then played games.  Fun times! 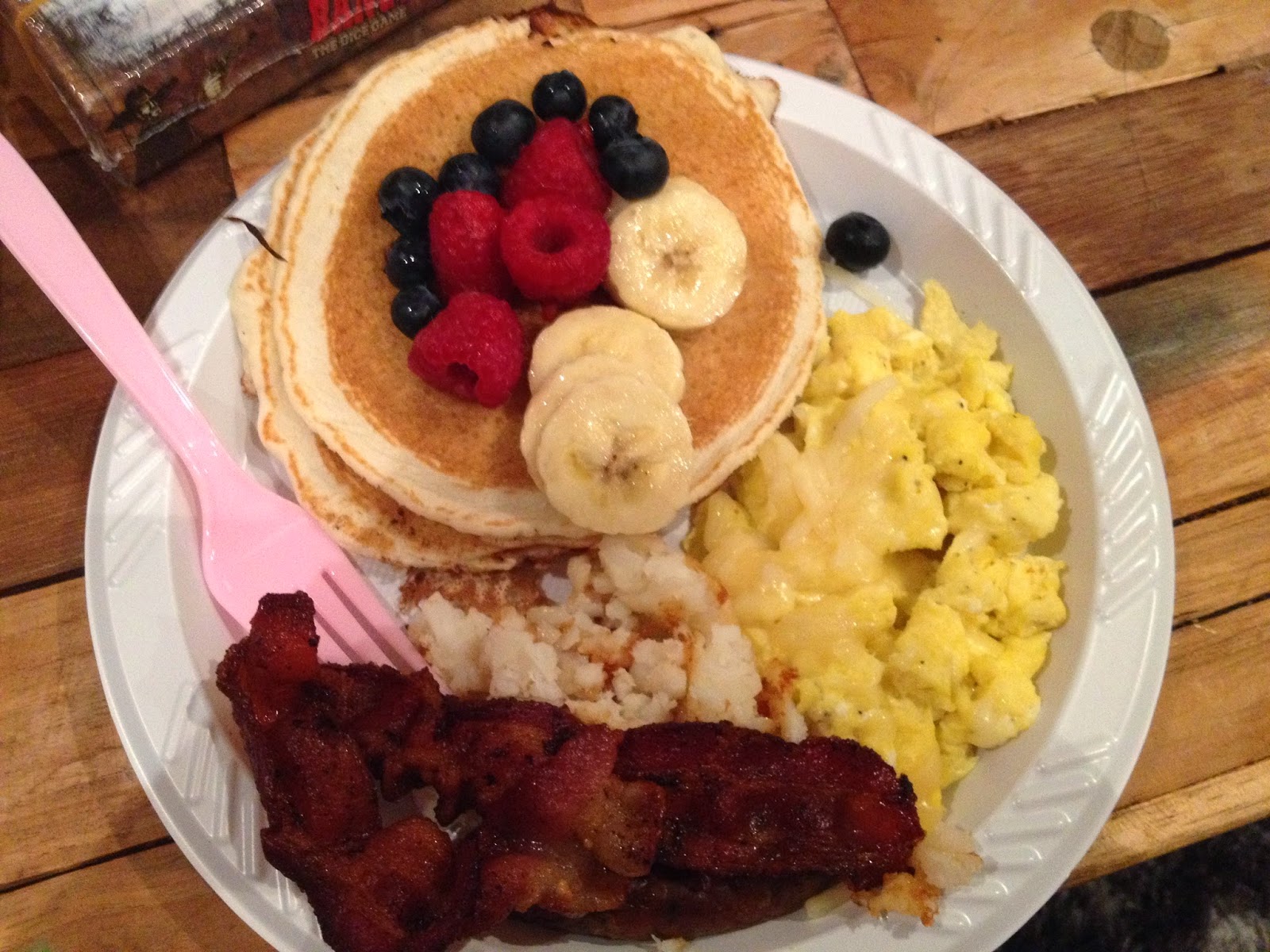 The next day was Saturday!  I usually have to work on Saturday, but I took off just to celebrate Independence Day.  I was SO happy to be heading to a beach on Lamma Island instead of working. It was a beautiful day!  Well, maybe a bit more hot than I would like, but at least the sky was blue.

The only way to get to Lamma is by ferry.  I was afraid that I would be late, but got there just in time!  Unfortunately, two of our friends were not so lucky since they had gotten stuck in a traffic jam.  They got there minutes after the gate closed and watched us pull away.  Sad!  They had to wait for another ferry and then hike even longer to meet us.  After we arrived, we hiked about fifteen or twenty minutes to get to the beach.  The sand was hot and the air was hot and I was tired from carrying two big bottles of honey-green tea (my substitute for lemonade). 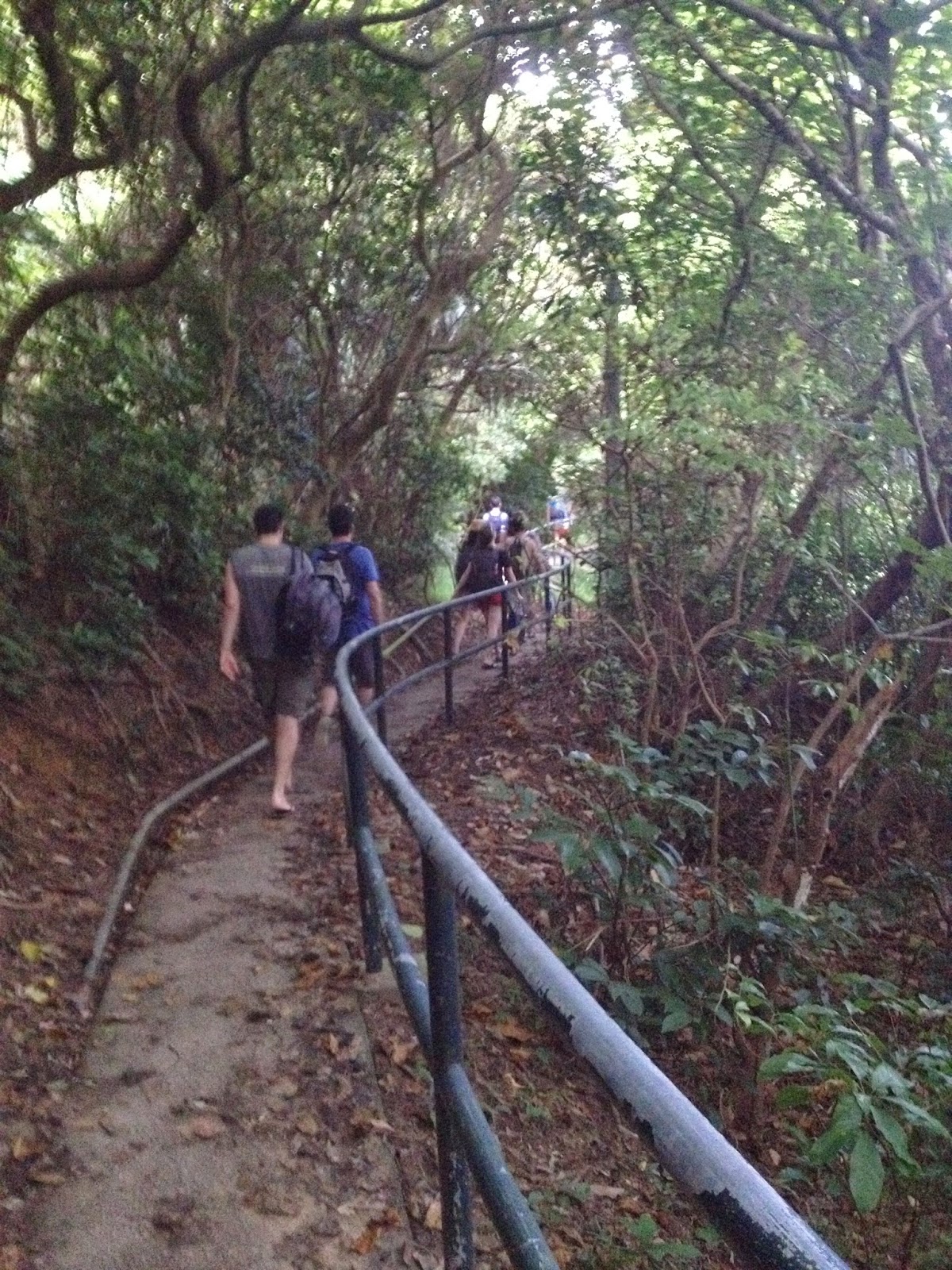 The trail to the beach

I rushed into the water, trying to find some relief from the heat.  Unfortunately, the water was also pretty warm, but better than burning sand.  I also found that if I swam out a bit further the water was cooler. I kept finding cool patches and trying to tread water there, but then the coolness would dissipate, and the cycle would start again.  A few of us swam out to the floating dock, and three of us managed to cut ourselves on the barnacles.  We joked that the slowest would get picked off by sharks on the way back.  But don't worry, we still have all our limbs. 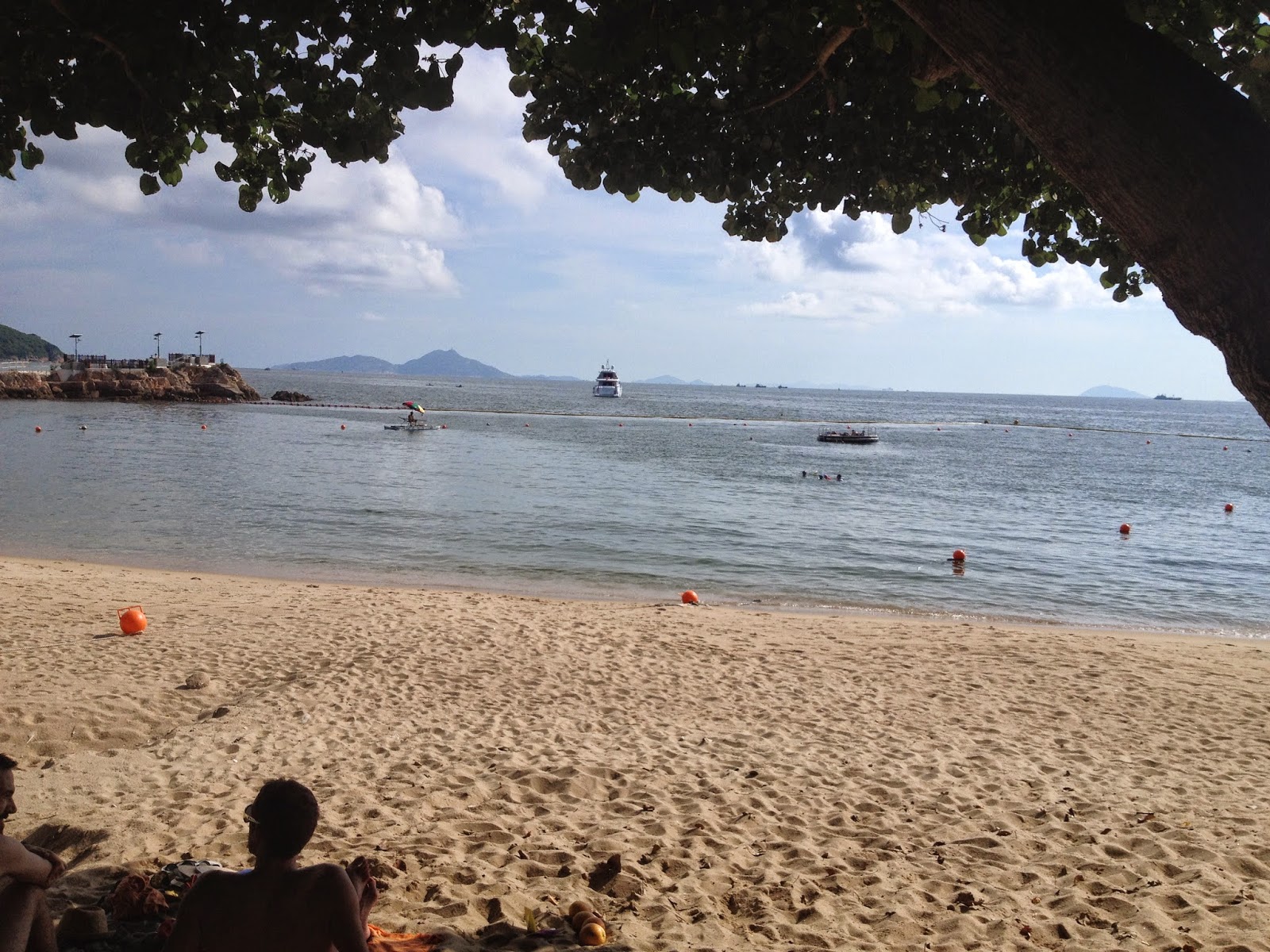 After swimming for awhile, it was chow time.  One guy brought the meat (very nice meat!), and the rest of us brought sides like chips or plates.  I had wanted to bring watermelon, but decided that with the heat and hike it would be too troublesome, so I settled on grapes.  And those heavy (but delicious) honey green teas. 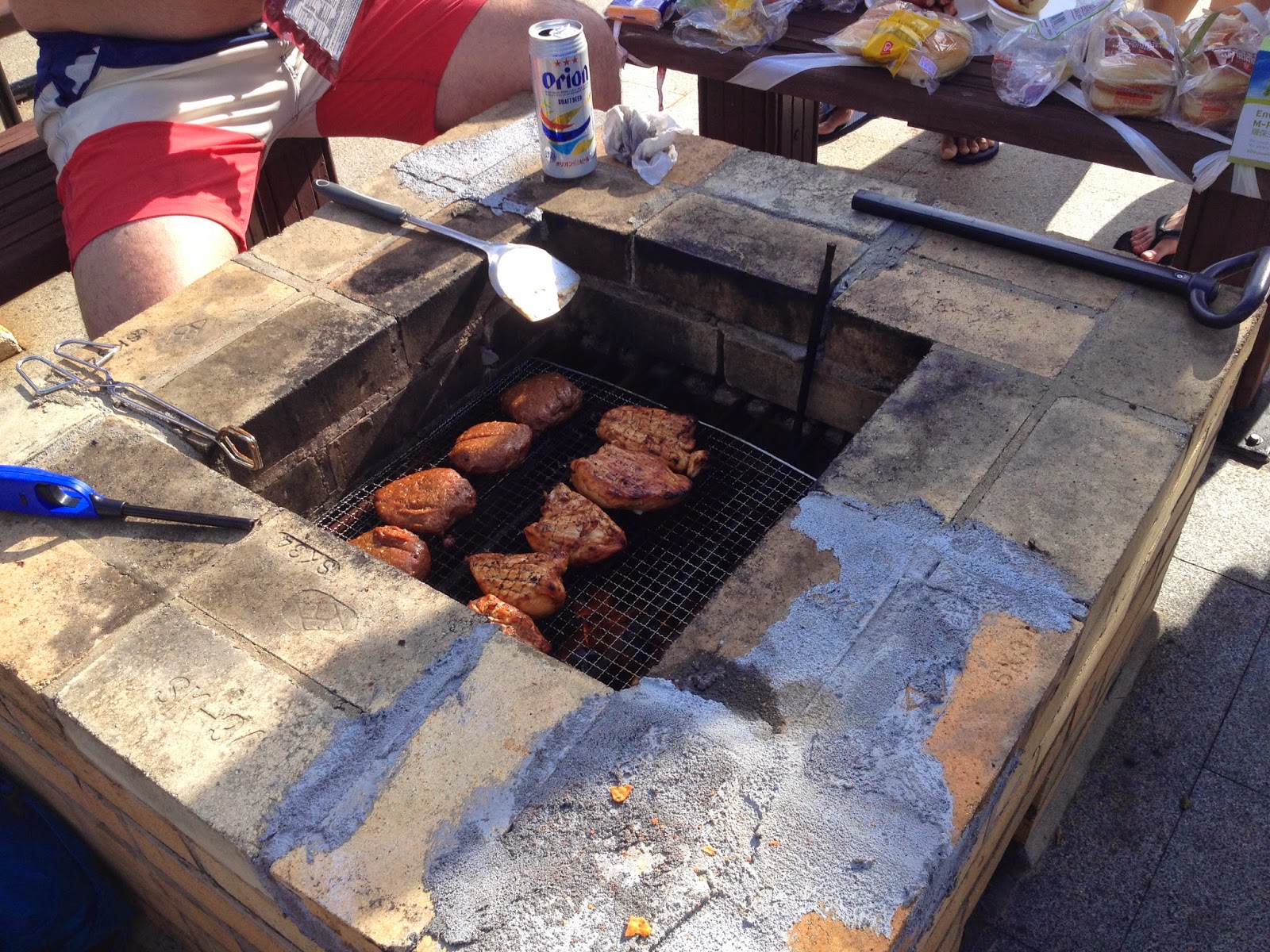 Burgers and chicken. Brats, not pictured.

After eating (too much), it was game time again.  We played a fun game called Masquerade (I think).  It's kind of like a mix between Mafia and Go-Fish.  Kind of. 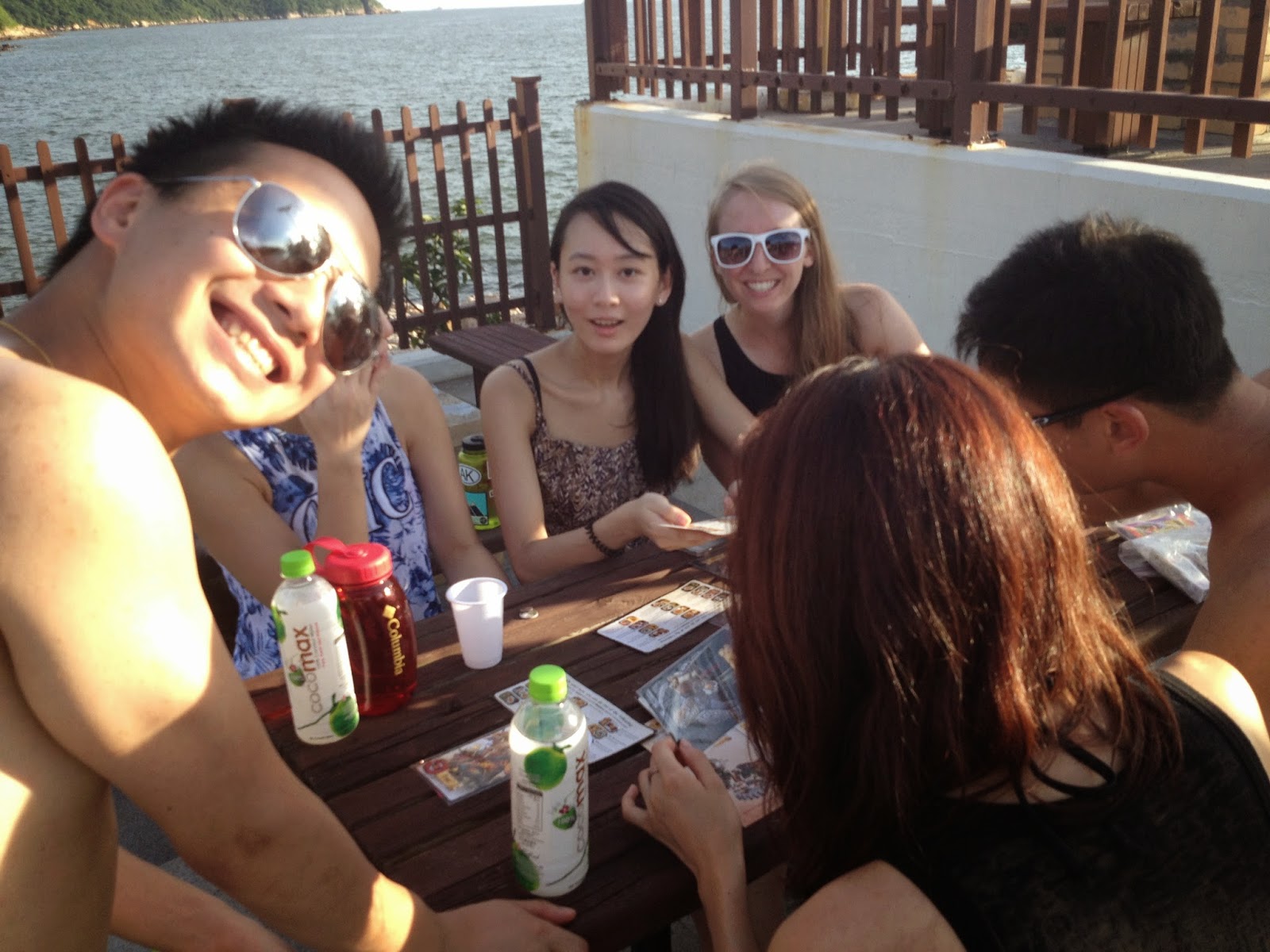 After the game, it was about time to go.  We packed everything up and headed out to catch our ferry.  The sun was going down on a beautiful day.  The only thing missing was fireworks! 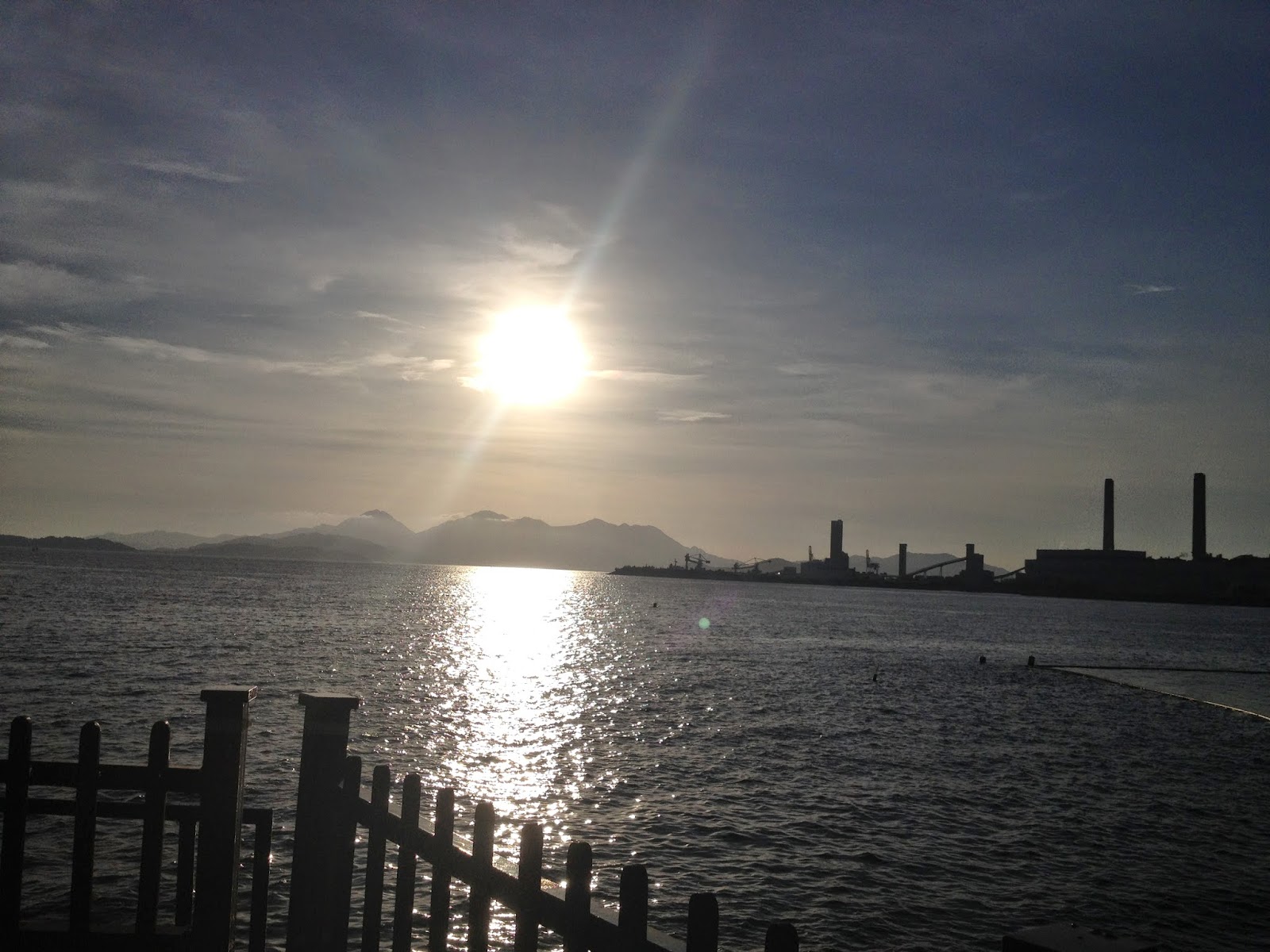