Those of you who know me probably know that I love music. More specifically, I'm crazy about Blindside and Five Iron Frenzy.  I got to to a Blindside show a couple years back but Five Iron was still broken up then.  I thought my dream would never come true.  BUT.  Oh yes, there's a but.

They got back together again!  They've been making new music and playing a few shows!  Last weekend they had a show in San Francisco!  I didn't know if I should do it, since it would involve buying an expensive plane ticket, but after talking to my mom and some friends I decided to go for it.  After all, this has been a life long dream.  To make matters even better, one of my good friends from Hong Kong lives there!

I didn't take too many pictures, but I took a couple. 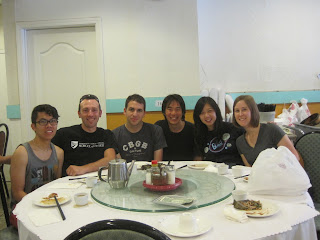 Dim Sum and friends!  Anchorage is sorely lacking in the dim sum department. 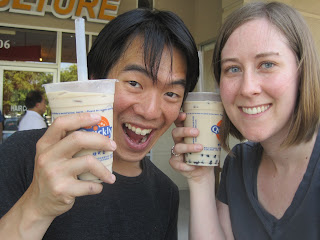 Besides having wonderful dim sum and bubble tea, I also got to eat HK diner food and have...HK style milk tea!  It's SOOOOOO good.  Oh man, I wish there were some in town.  I also got to practice a bit of Canto, which clearly needs a lot of work.  But at least it was fun.

We got to the show right when the doors opened, and there weren't many people there at all!  I was told that San Franciscans tend to plan tons of stuff for one weekend so they can't afford to be early anywhere.  Works for me!  We got a spot on the front row, right in between Reese and Brad!  I literally couldn't have had a better spot.

They put on SUCH a good show.  They were funny and had a nice rapport.  They joked with the crowd.  They even played pretty much all the songs I wanted them to.  I wondered if they would play "You Probably Shouldn't Move Here" since it's about why you should leave California and move to Colorado (facetiously, of course) but they did!  So happiness. 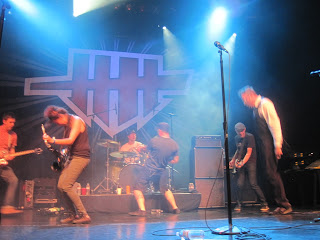 This picture cracks me up. 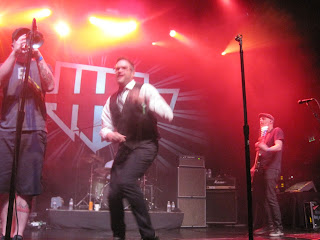 Reese and his dancing. 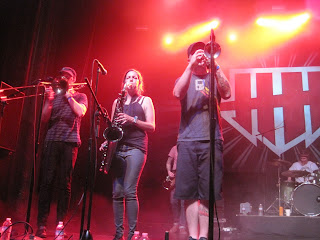 I even got a great video, although the sound is crap.  Here it is if you'd like to watch it, but I suggest muting it.  It was of one of my favorites, American Kryptonite.


With that, bye bye!